When A Duke Pursues A Lady, #3 by Tabetha Waite

Home / When A Duke Pursues A Lady, #3 by Tabetha Waite 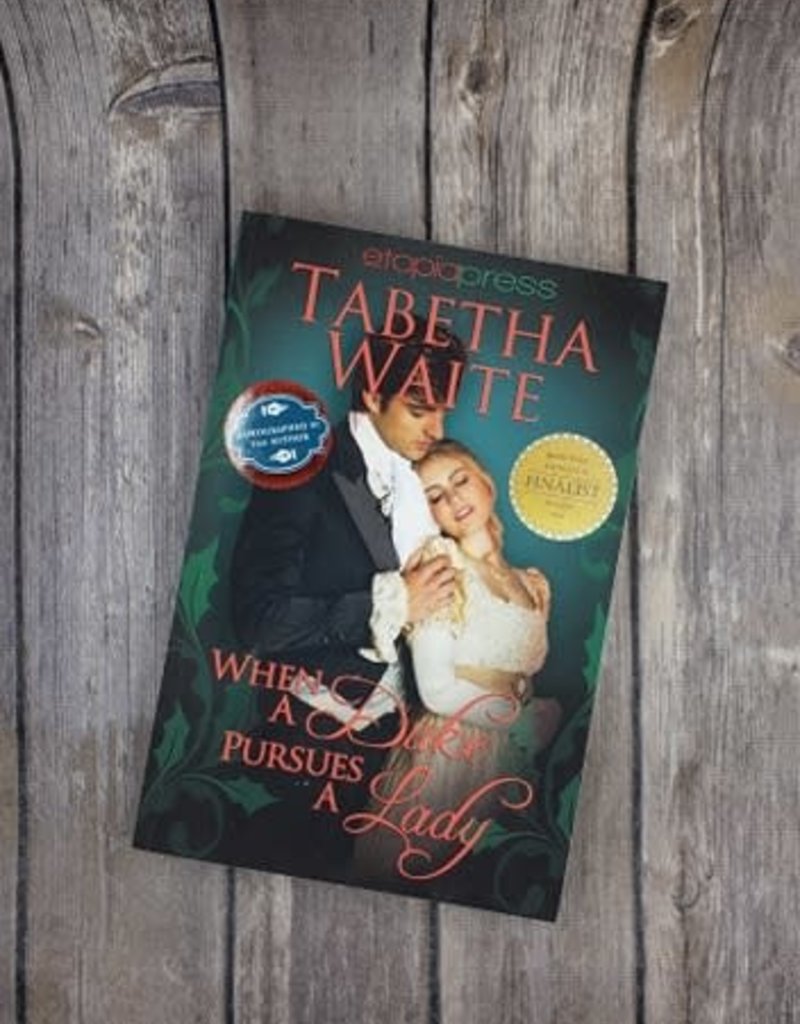 An innocent woman. A loyal agent to the Crown. A path of deception that tests the bonds of love.

After three years trapped in an abusive and loveless marriage, Lyra Coventry has been arrested for the murder of her husband, the Earl of Weston. Although she's innocent of the crime, she has no one to turn to for help, until Alister Ayles, the Duke of Albright, comes forward to offer his aid. The handsome duke takes her into his custody, saving her from a jail cell. But Lyra doesn't suspect Alister's ulterior motive—to prove her guilty of treason—as she slowly loses her heart to a man who is far more than he seems...

Alister Ayles leads a secret life. To the ton, he is a dullard, the subject of ridicule. But as a highly respected agent for the Crown, he's discovered a higher purpose by protecting his country. Now he's faced with his toughest investigation to date, uncovering a plot against the Crown...and discovering whether or not Lyra, the woman he let slip through his fingers years ago, is a traitor. Nothing is as it seems, and as the plot unravels, the dangers to them increase. He struggles to keep his feelings for her contained, but when it comes down to a test of loyalty, will he stand strong, or fall prey to his desires?