What's left of Me, #2 by Jennifer Loring

Home / What's left of Me, #2 by Jennifer Loring 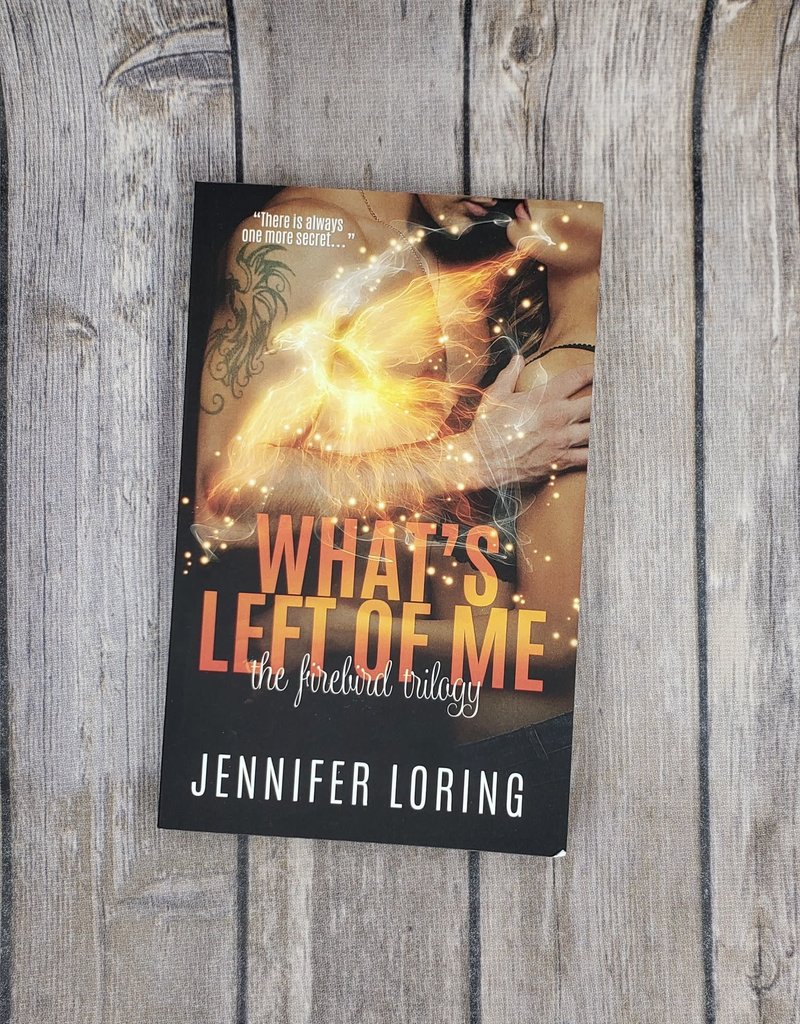 Recovering from years of living the superstar hockey life wasn’t easy, but now Aleksandr Volynsky finally has everything… He’s married to the love of his life, expecting a daughter, and has a new job as an assistant coach with his old team, the Buffalo Gladiators. His happiness is short lived, however, when a sexual assault allegation surfaces, and Alex is forced to cooperate with an investigation for a crime he didn’t commit. Stephanie Hartwell is juggling her dream job with marriage and motherhood, but she’s not convinced she’s doing any of it well… Stephanie’s stress level goes from bad to worse when she’s diagnosed with a serious illness. Battling declining health and the critics who question her commitment to Alex in light of the allegation, she makes a decision that could change their relationship forever. Alex is afraid he’s about to lose everything—especially when he sees Stephanie’s friend kiss her… Devastated that his life is spiraling out of control again, Alex turns to his friend, Natasha, a Russian pop star. Convinced that Stephanie and her friend Brandon are having an affair, Alex resumes his self-destructive behavior. What Alex doesn’t know is Stephanie has been conducting a secret investigation of her own. She learns the truth behind the sexual assault—a truth no one, especially Alex, expects. With everything now out in the open, can Stephanie and Alex commit to a fresh start for the sake of their daughter, or will the ghosts of their pasts finally tear apart everything they have left?