'Til Death Do Us Part, #1 by Samantha Baca - Exclusive Cover

Home / 'Til Death Do Us Part, #1 by Samantha Baca - Exclusive Cover 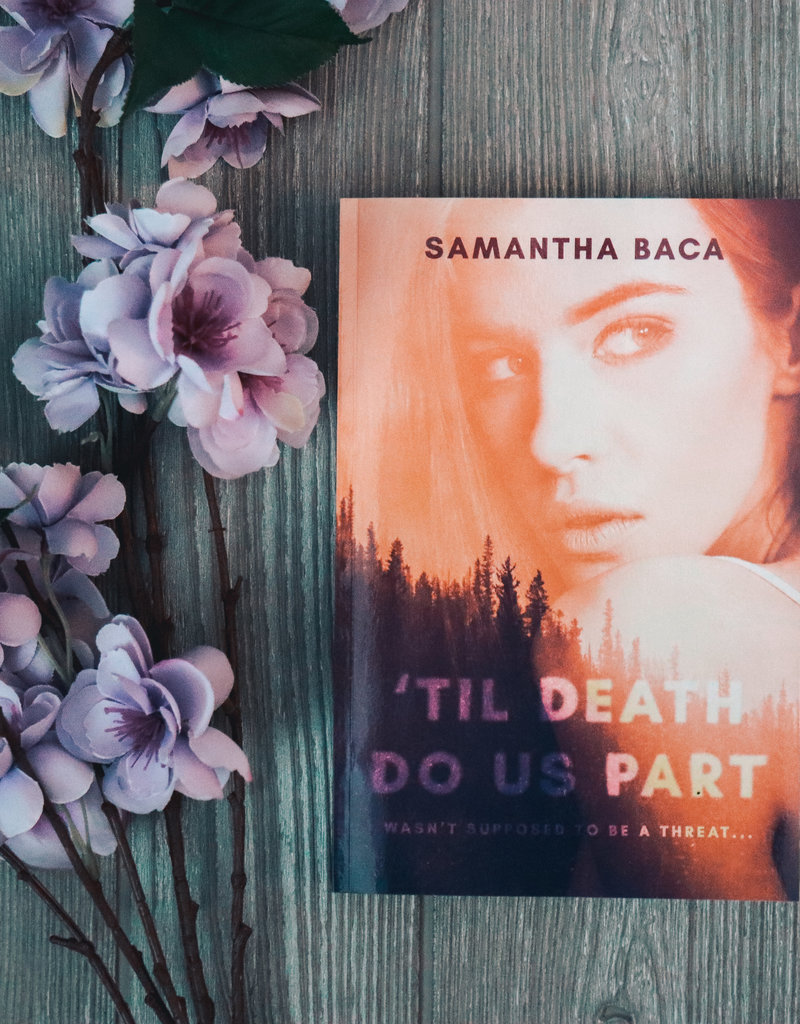 After surviving an abusive childhood, Mia Johnson escapes small-town Colorado and meets the man of her dreams. Damian promises her a fairytale life, but delivers a nightmare. Jealous rage turns violent, worsening with each bottle of whiskey. Hidden cameras and tracking spyware make escape seem impossible, but she manages to run.

Chase Walker has never left his tiny hometown, and he's never forgotten the secret torch he carried for Mia. When she reappears, fearing for her life, he's desperate to protect her.

Mia takes comfort in the safety of their friendship as lust simmers just beneath the surface. But ominous phone calls keep them both on edge and there's never a good time for Chase to confess his feelings. With Damian closing in, hellbent on revenge, danger is a constant threat. Will Mia be able to escape Damian a second time, or will she die trying?