The Demon of Synar, #1 by Donna McDonald - Unsigned

Home / The Demon of Synar, #1 by Donna McDonald - Unsigned 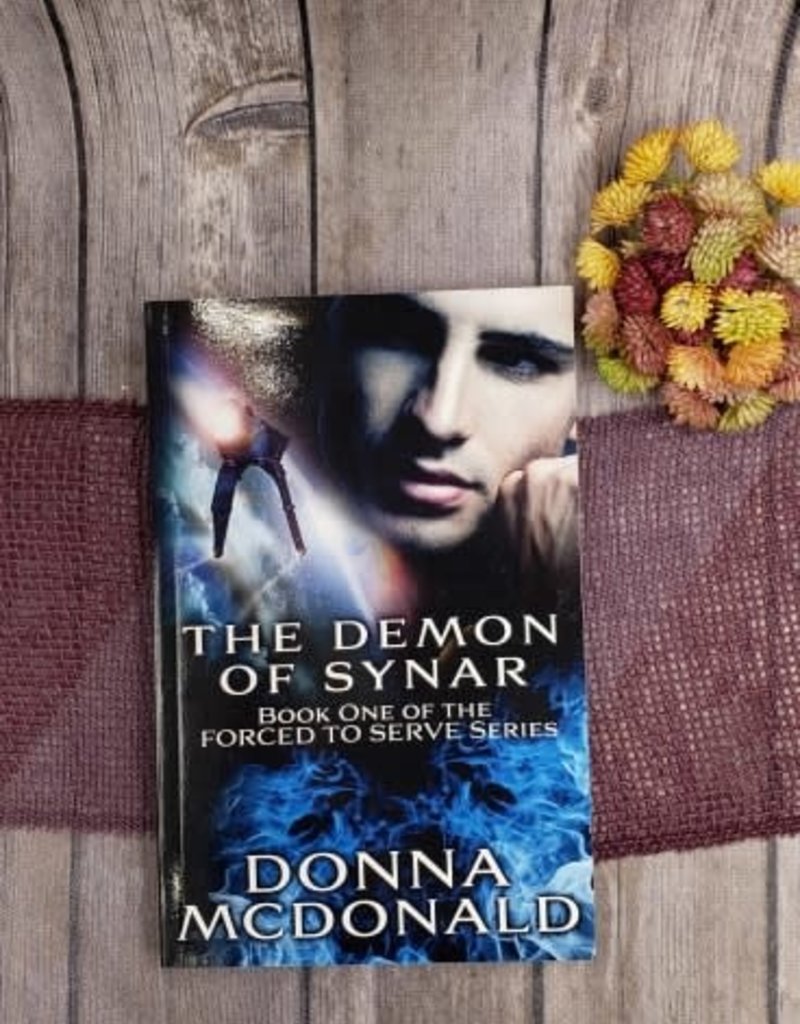 This Book is NOT Autogaphed!

Being the captain of the Liberator for many years, Liam Synar is familiar with fixing mistakes. But he's not sure how to fix the worst one he’s made concerning his official mate. Merging Ania with Malachi, the Synar family’s daemon, had been a desperate act to save her life after she'd all but died saving his. Since Ania being dead is not an option in Liam's reality, how could saving her ever be wrong?

Now, not telling her what he did? Okay, that definitely isn't the smartest decision he's ever made. He honestly thought leaving her and the Daemon of Synar behind on her planet had been for the greater good of all. Or so he's been telling himself over and over for the last two years they've been separated.

Things have changed though. His time of keeping Ania unaware of her symbiotic host has run out. Coveting Malachi's enormous power, Conor Synar, Liam's exiled brother, now hunts his ship. His brother wants to control the powerful and destructive alien force hiding inside Liam's mate and he won't stop until he's become Malachi's master.

Liam understands now that the only way he can truly protect Ania from Conor's evil is to keep her by his side. That leaves Liam no choice except to tell his mate what he's done, even if it means facing the wrath of the only female he’s ever loved.

Everything Liam did was to save her. How impossible is it to hope Ania might one day forgive him?