The Champion of Baresh, #4 by Susan Grant

Home / The Champion of Baresh, #4 by Susan Grant 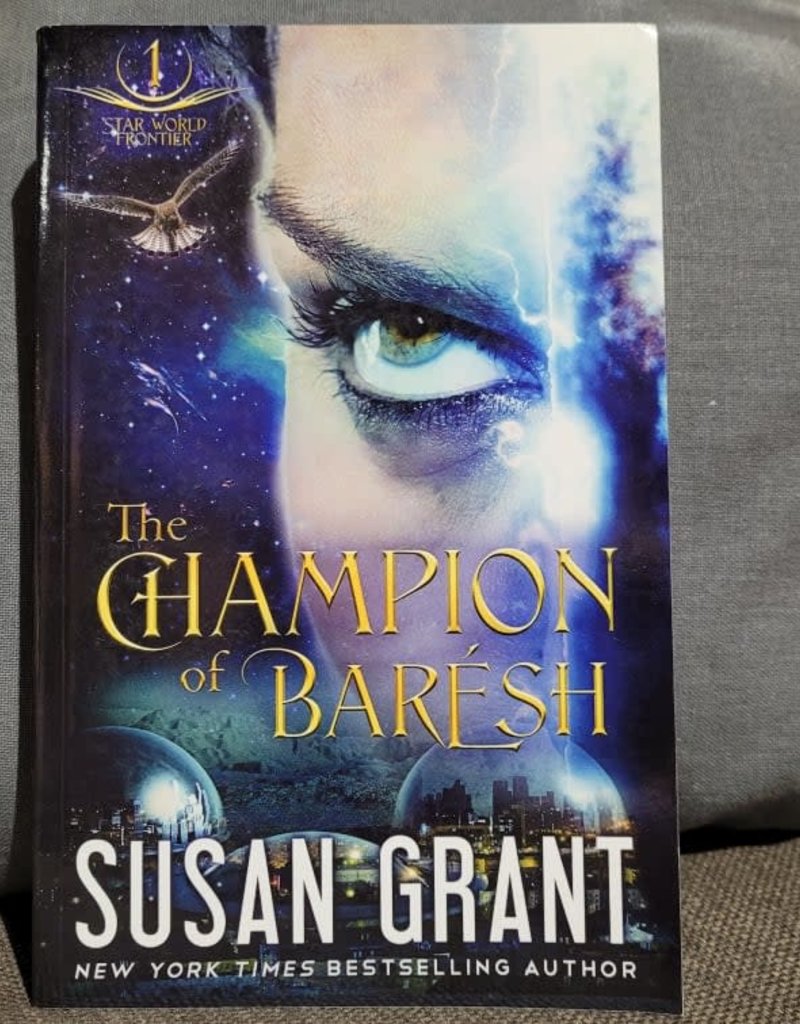 Dreaming big on a dead-end world . . . Jemm toils for a mining company by day, but at night she disguises herself as a male to compete in the violent underworld of the colony’s fight clubs. Every win puts her one small step closer to escaping Barésh with her family. When a royal recruits her to be a star player for his team, her ruse proves to be her most perilous game yet.

Prince Charming he was not . . . Prince Klark is eager to reverse his reputation as the black sheep of his royal clan. If his bajha team can win the galactic title it would go a long way toward restoring the family honor that his misdeeds tarnished. He tracks down an amateur who has risen to the top of the seedy world of street bajha, offering the commoner a chance of a lifetime. But when his new player comes with a scandalous secret that turns his plans and his beliefs upside down, he sets out to win a very different prize—his champion’s wary heart.