The Brides of San Francisco: Annie, #2 by Cynthia Woolf

Home / The Brides of San Francisco: Annie, #2 by Cynthia Woolf 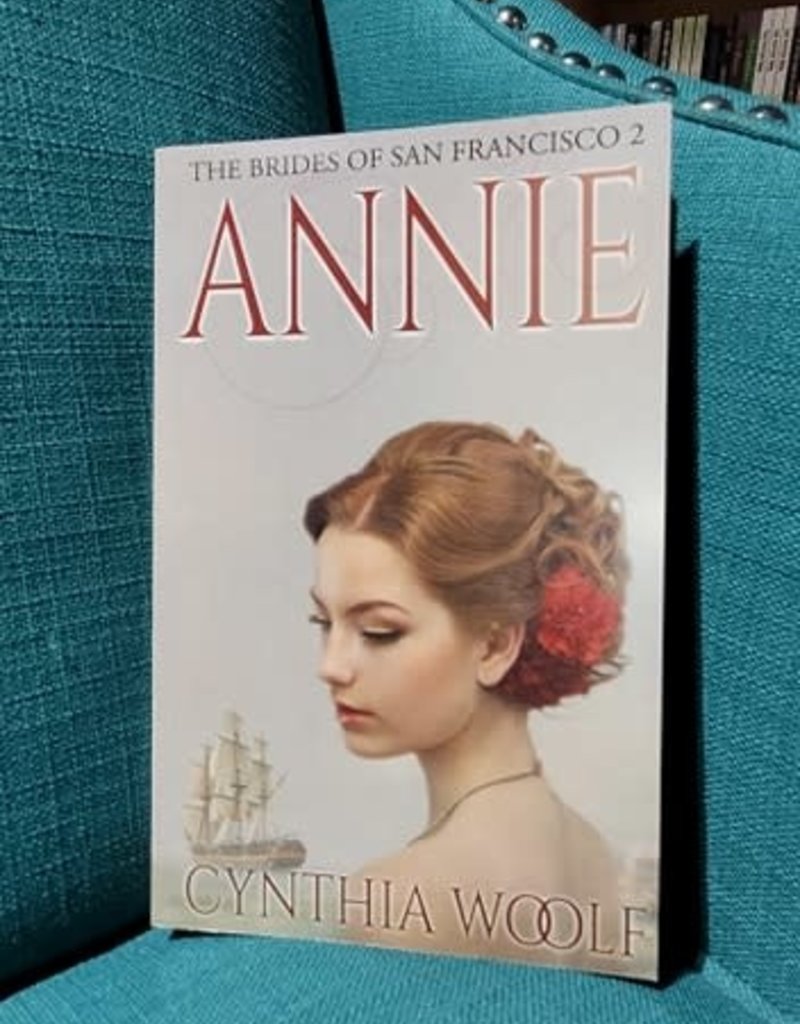 Annie Markum grew up with a bible in one hand, and a disapproving father holding the other. At twenty-two, she dared to dream of a different life and risked everything to become a mail order bride. One year later, she finds herself on a friend's doorstep, penniless, pregnant, and a widow. Her husband was an honorable, church-going man, and she believes her father will allow her to come home. To get back to her father in New York will take money she doesn't have. She's got no choice but to accept work as a cook in a local saloon. Her father would never approve, but Annie is determined to earn enough for safe passage for herself and her beautiful new baby girl. It's never good to lust after another man's wife. Saloon owner, Nick Cartwright, learned that lesson the hard way. He took one look at Annie Markum and fell hard for his friend's mail order bride. A year later, she's back in his life, a widow with a precious daughter to protect. Nick will do anything to convince Annie to give him a chance, except the one thing she demands...sell his saloon. Annie has lived a sheltered life, and her innocence is one thing Nick wants to preserve. Life is rough, and Annie is soft, sweet, and all too kissable. He wants to keep her and her little girl, but Annie is determined to raise her daughter as far away from the saloon as possible. Annie fights her growing attraction to Nick. She might even be in love with him, but with Nick comes the saloon. And the whiskey. The gambling and the women. One of them will have to sacrifice everything to make a relationship work, and neither wants to budge. When it turns out that Annie's dead husband actually left her a fortune, her future seems set. Until someone decides to take both Nick and her new found freedom away from her. And Annie realizes that sometimes, in life and in love, you have to fight dirty to win.