The Brazen Boys: The Complete Series by Daryl Banner

Home / The Brazen Boys: The Complete Series by Daryl Banner 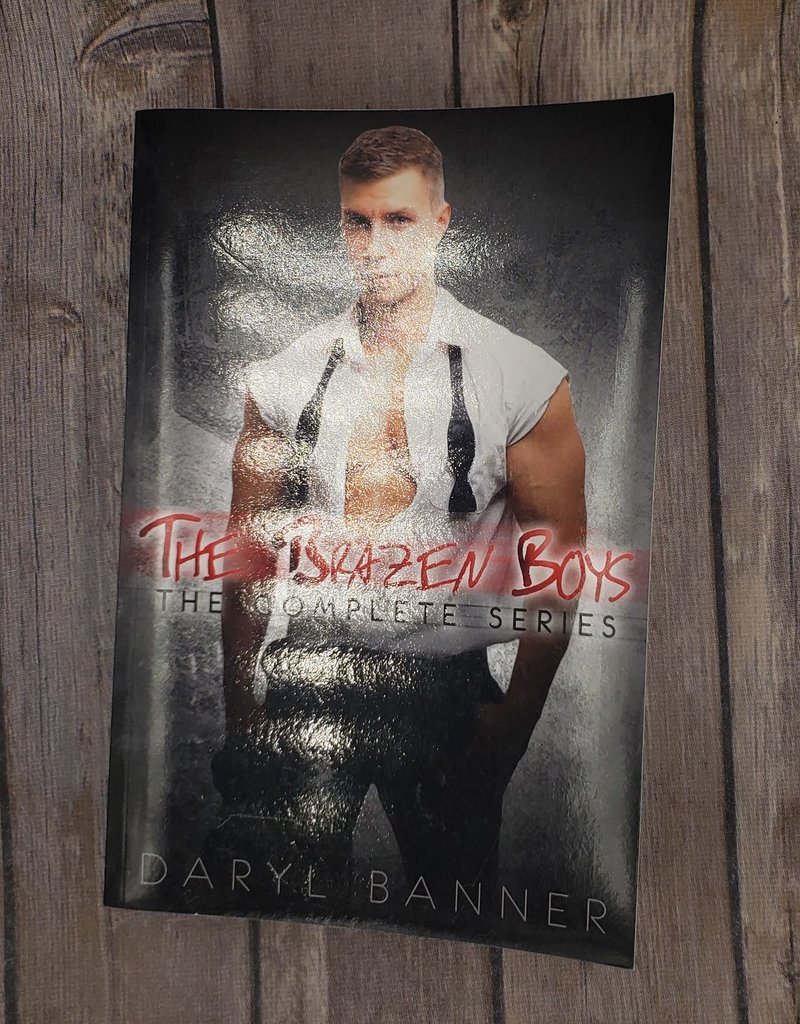 DORM GAME
Andrew is the muscular dream boy from Intro to Psych. Michael is the lonely kid desperate for a new roommate. When a class project - and one very reckless decision - forces them together, an unstoppable game of teasing, torment, and pleasure begins. Michael will soon learn that Andrew's sexual interests are far from ordinary ...

ON THE EDGE
It is Derek's birthday and there's nothing he wants more than the mysterious, musclebound boy from the website who goes by the name Edge. When an accidental keystroke brings the dream boy to Derek's house - in the flesh - Derek soon learns he's in for a lot more than he would ever bargain for in a surprise birthday gift ...

OWNED BY THE FRESHMAN
Thomas Kozlowski, the not-so-easily impressed acting professor, can't get his hot new college freshman Justin Brady out of his head. Sexy bod, killer smile and a taste for taking charge, this cocky nineteen-year-old is Thom's forbidden fantasy. The professor wants a lesson in getting owned, and the strapping young freshman is all too eager to give it.

DOG TAGS
Growing up, Jesse was lonely, bullied, and misunderstood. Brandon was the scary, messed-up boy next door. When Jesse hears that Brandon is home on leave from the military, he discovers his childhood neighbor's Army training has turned him into a hard-bodied beast. Jesse can't keep his eyes off of him. They are no longer children. They have different needs. The summer just became full of possibilities.

ALL YOURS TONIGHT
Being a male escort, Wes is used to keeping emotional distance between him and his clients. But when Bradley, the ever-adorable good-boy-gone-bad, crosses his path, his life takes an unexpected turn for the crazy.

STRAIGHT UP
"Straight" small-town boy Benny has a secret: he is miserably in love with his punk roommate and childhood best friend Trent. When Benny goes on a date with the town's "sure thing" girl, his night is wrecked by the ever-flamboyant Charlie, who doesn't seem to buy that Benny is just another straight boy. Love, longing, and secrets torment Benny, and when a night of drunken partying goes too far, his crush on Trent might become more than just a fantasy ...

HOUSEBOY RULES
Liam Hightower has a lot of money and seven different houseboys he can play sexy games with at his leisure. But when he hires eighteen-year-old Evan fresh out of high school, Liam discovers the pleasure in breaking all the rules.

SLIPPERY WHEN WET
Uptight and perpetually-single Scott can't wait to embark on a seven-day cruise with his straight best friend. Trouble is, stressed-out Scott doesn't know how to "vacation". When he stumbles into the unapologetically carefree Hendry, Scott's dry heart gets an overdue drenching. With only seven days on the luxury cruise ship, things between the boys are about to get slippery.

COMMANDO (Dog Tags 2)
Jesse wanted to prove to his muscled, strong, and closeted Army boyfriend Brandon that there were others like him out there and he wasn't alone. After taking him to an unofficial meet-up of other gays in the military at a local bar, Brandon is about to discover how very *not* alone he is. Jesse hadn't counted on opening Brandon's eyes to a world full of hot and sexy options. Did he just make the biggest mistake of his life?