Taken By Lies, #1 by Liberty Parker 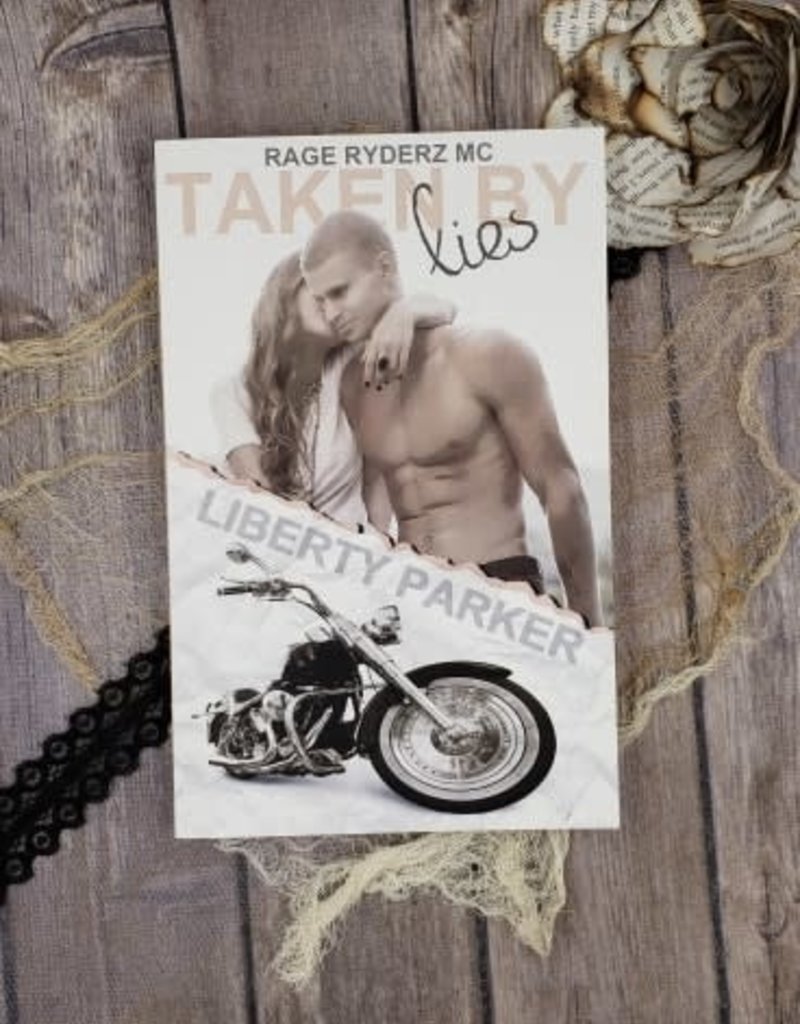 Riley has felt unwanted and unloved her entire life. Her step-dad has a control on her life to the point of dooming her friendships and relationships if he pleases. She met her Best-friend Skylar through her sister Sadie. The three of them are inseparable. The friendship leads Riley into a crush on Skylar's brother Kid. He's a male whore and loves to clown around. He has the tendency to make her tongue tied when he's around. She knows it will never go beyond her crush, Kid is pursued and wanted by every woman who meets him. She will have to live with this crush.Kid has noticed Riley, but doesn't want a woman of his own. He leaves her alone knowing she is a relationship type woman. He will be her friend and try not to let her down. He is protective of his family and his club. The Rage Ryders MC has been in his blood since birth. His father is one of the founders along with his best friend Ryder's dad. He would lay his life down for any of them.This story isn't a perfect love story. It is about the journey of three MC members and the journey they are forced to travel while keeping their women alive and safe. Riley and Sadie's life turns everyone's world upside down when secrets are revealed. Right when you think a Happily ever after is on it's way, there is always someone there to throw more hidden secrets in your path.Can the Rage Ryders keep their women safe or will their enemies succeed in the end. This will be part of a series, the secrets never die just because the book ends. This book will carry into book two where more answers are revealed and the Rage Ryders learn what war really means.