Stalk Her by Jenika Snow

Home / Stalk Her by Jenika Snow 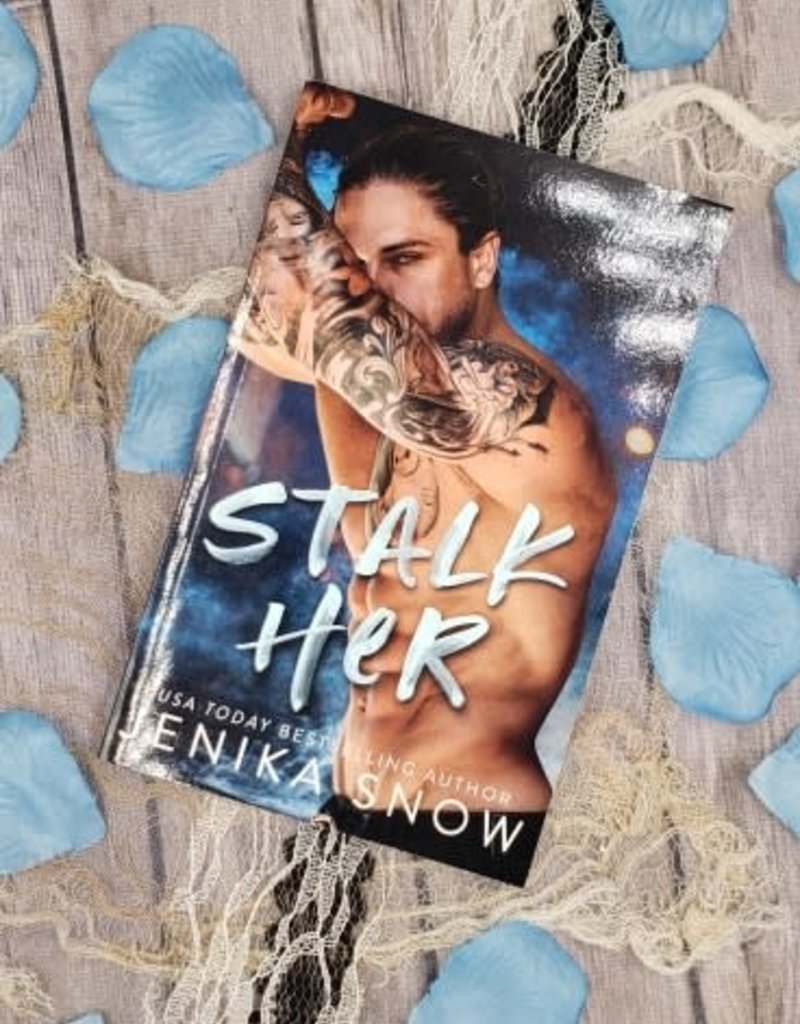 As president of The Devil's Right Hand MC, I could get whatever I wanted.Drugs, women, money, but most of all power.

And it's the latter I was most interested in, most focused on acquiring. Because without that, you're nothing. And in the town of Copperhead, Colorado, I had no problem making people bend to my will.

I ran my club with an iron fist, and what we did wasn't exactly legal, but then again the kind of money we wanted, you didn't get by following the rules.

So back-alley deals, corrupt situations, blackmail, and just being a downright bastard… that's what the MC was known for.

That's what I was known for. Because fear got you what you wanted.

But then she came into my life—this sweet, fresh, and pretty young thing working at one of the bars the MC owned. I should've stayed away, should've kept my distance, because she was a liability and a distraction I sure as hell didn't need.

Yet all it took was that one encounter, that one moment for her to cross my path, and I was completely obsessed with her.

I found myself doing anything and everything to get information on her, to find out who she was, where she lived... why she was so far away from home.

But her life wasn't as innocent and vulnerable as she wanted people to think. She had secrets. She had a past. One she was running from.

But I wasn't into a fairytale life or ending. That was never in the cards for me.

Because when it came to her, I knew I'd do anything to make her mine.