Shadows Till Sunrise by Chris Green 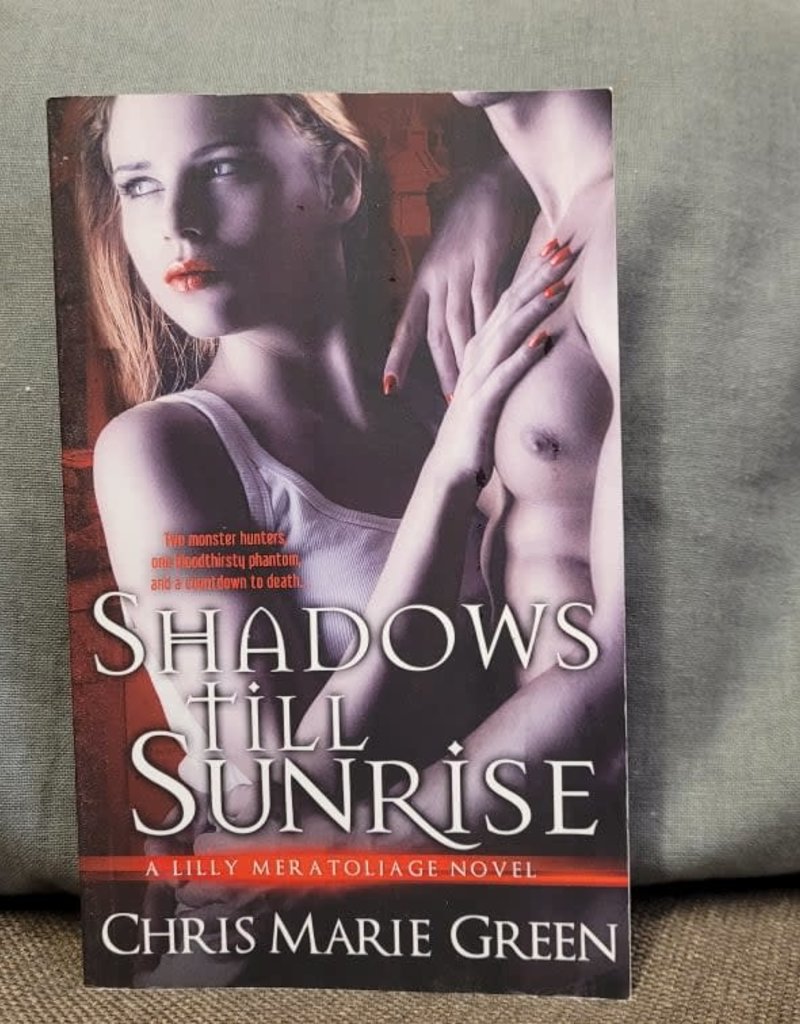 A Bad Girl Trying To Do Good

Lilly Meratoliage used to be a villain—a ruthless guard for a power-hungry family who worshipped monsters. Burned in a fire as punishment after a failed mission, she was left scarred and desolate. Now, healed by a bayou witch who has given Lilly a pair of white magic boots, Lilly is ready for redemption, charged with tracking down a phantom who has already killed twice and is aiming to add to his list. It’s just too bad those charmed boots must feed off Lilly, robbing her of her short-term memory every night in order to keep them both strong. And it’s too bad that she’ll need to work side-by-side with a man who has already betrayed her…

A Tormented Hero Who Can’t Let Go of the Past

Psychic Philippe Angier is haunted by visions of these paranormal killings that have darkened his hometown of New Orleans, and he wants to catch up with this murderer who seems as if he’s stepped out of the past to challenge his victims to bloody duels. But to catch a phantom, Philippe needs Lilly’s stealth and fighting skills. What he doesn’t need is the attraction he still feels for her, even though he once deceived her during a previous adventure. But charming Philippe is winning Lilly over hour by ticking hour, even if those boots are going to erase her memory again at sunrise, turning him into just another stranger...Will the magic and the phantom beat them before the sun comes up or will star-crossed love win out?