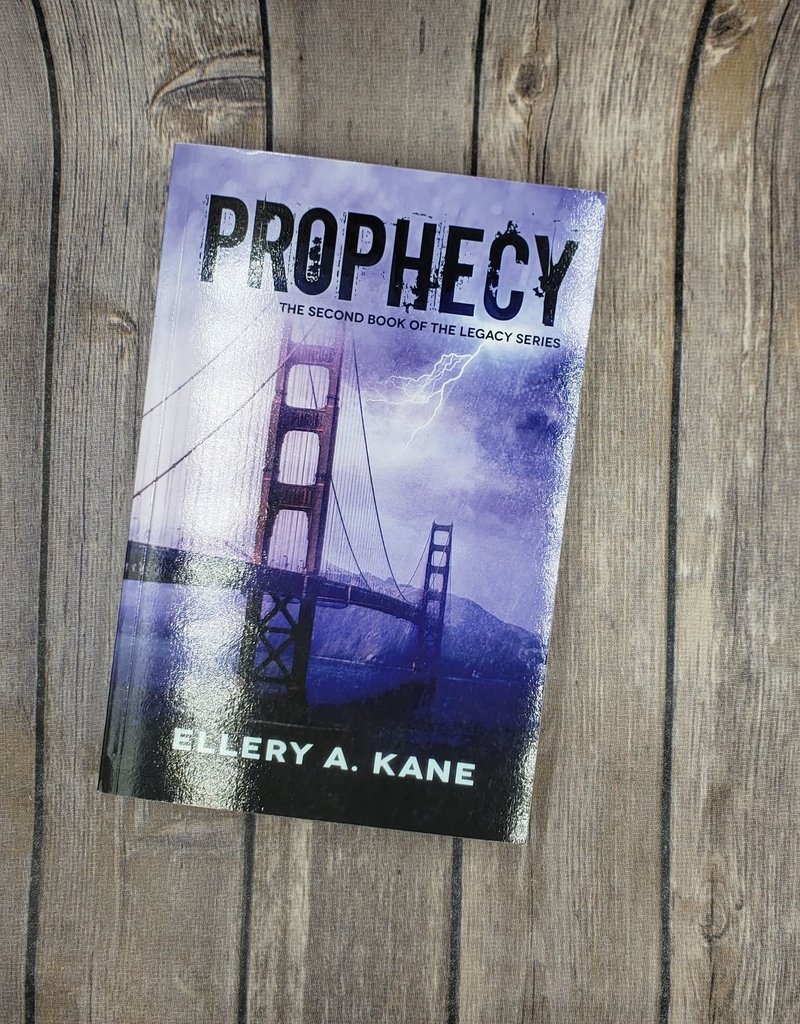 Over a year has passed since Lex Knightley journeyed alone into desolate San Francisco. The Guardian Force is disbanded, emotion-altering drugs banned, and citizens allowed to return to the seemingly resurrected city. For Lex, life is almost normal, but normal is precarious. Normal has a way of falling apart. Â One rainy night changes everything. Out on parole, Quin McAllister's father is arrested for the brutal murder of his new wife. As the Resistance resurges, claiming a conspiracy, Lex doesn't know what-or who-to believe. When old enemies resurface in new disguises and trusted friends start keeping secrets, normal splits right down the middle, leaving Lex and Quin on opposite sides. Â Prophecy-the second novel of Ellery Kane's Legacy trilogy-continues the story of Lex and Quin, testing the strength of friendship, forgiveness, and love.