Inescapable, #1 by Amy A Bartol

Home / Inescapable, #1 by Amy A Bartol 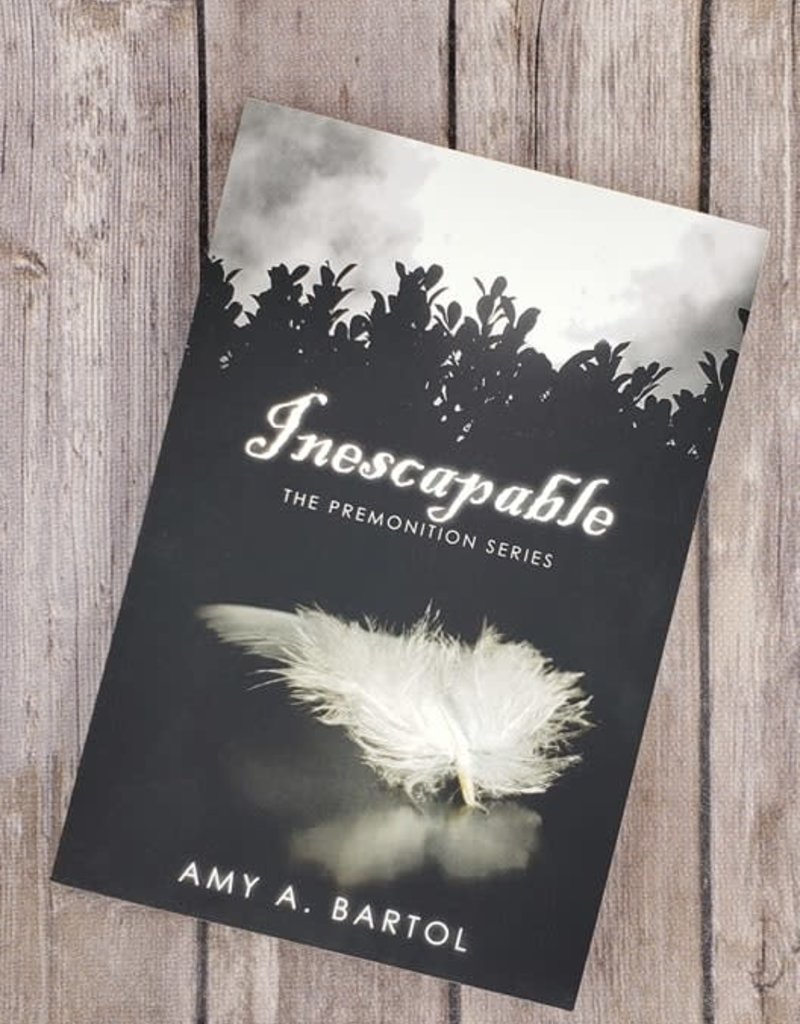 My name is Evie Claremont and this was to be the making of me–my freshman year of college. I'd been hoping that once I'd arrived on Crestwood's campus, the nightmare that I've been having would go away. It hasn't. I may be an inexperienced seventeen-year-old, but I'm grounded…sane. I look for rational explanations to even the strangest circumstances. Since meeting sophomore Reed Wellington, however, nothing makes any sense. Whenever he's near, I feel an attraction to him–a magnetic kind of force pulling me towards him. I know what you're thinking…that sounds fairly awesome. Yeah, it would be…if he liked me, but Reed acts as if I'm the worst thing that has ever happened to Crestwood…or him. But get this, for some reason every time I turn around he's there, barging into my life. What is the secret that he's keeping from me? I'm hoping that it's anything but what I suspect: that he's not exactly normal…and neither am I. So, maybe Crestwood won't be the making of me, but it could be the breaking of me. I've been left to wonder if the dark future my dream is foretelling is…inescapable.