Hoping For Love, #5 by Marie Force 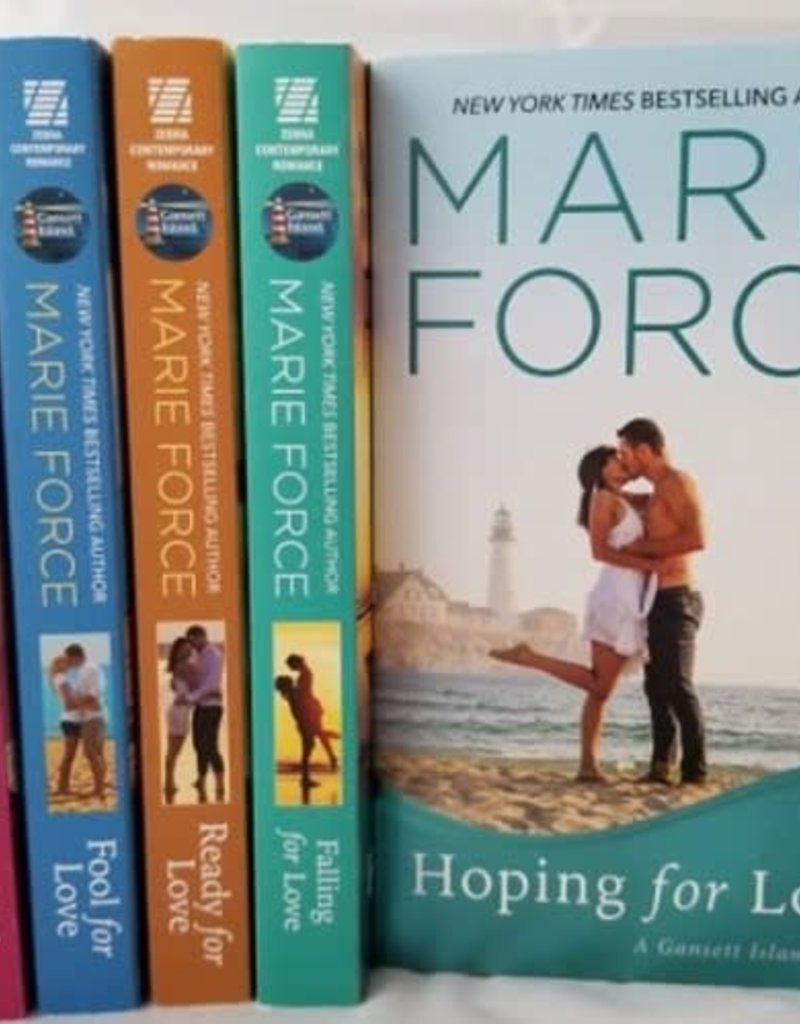 He gave her a hand when she needed it. Can he give her forever?

All her life, Grace Ryan was the “fat girl.” Taunted and teased and ignored by her peers, she tried every diet ever invented to no avail. Desperate to change her life as her twenties slipped away, she decided it was time for drastic measures and had lap-band surgery. More than a year later, she's lost 130 pounds and is venturing into the dating world for the first time. During a boat trip to Gansett Island with the new guy in her life, Grace refuses to have sex with him and finds herself abandoned without a dollar to her name at McCarthy's Gansett Island Marina. At home for the summer awaiting the launch of his debut CD, music star-in-the-making Evan McCarthy is performing at the Tiki Bar when he notices Grace looking lost in a sea of happy people. Evan comes to her aid and quickly finds himself smitten. But the last thing Grace needs after all she's been through is a guy who “doesn't do relationships.” Will Evan change his ways to win Grace's heart?

Photo taken by the lovely:@takethedayofftoread