Her Uniform Cowboy, #3 by Donna Michaels 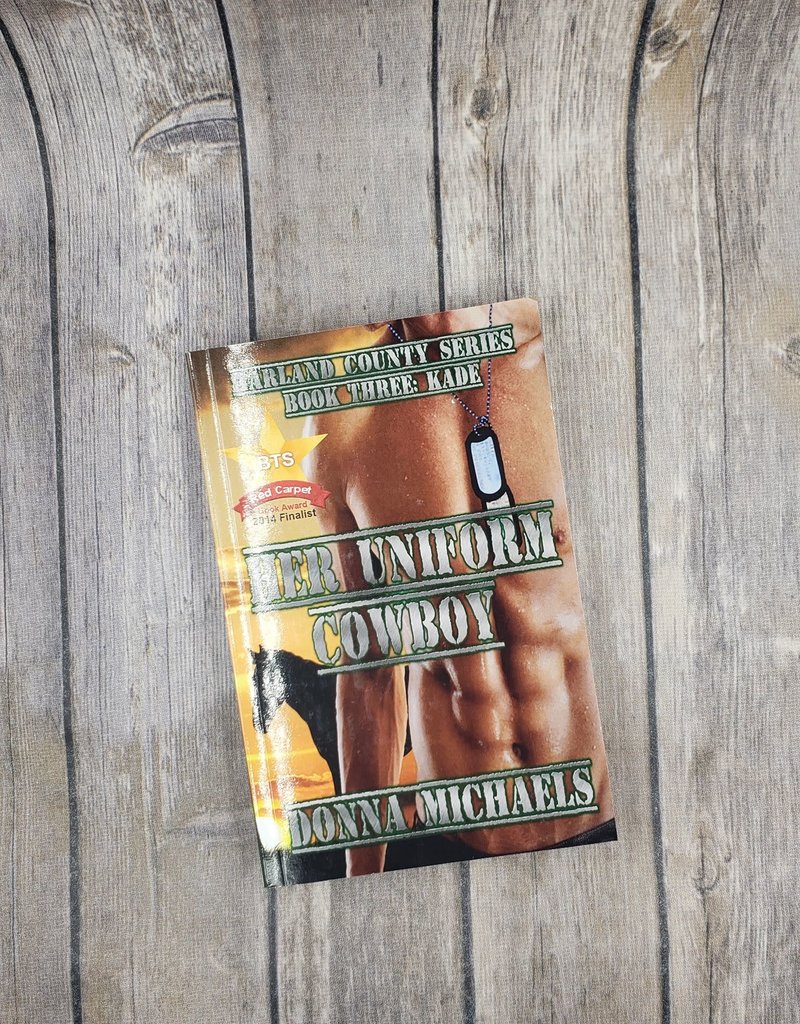 Desperate for change after a verbally abusive relationship, Brandi Wyne leaves a symphony career, her family, and the Poconos to fall back on a designing degree and a chance to renovate a restaurant/pub in Texas. Even though part of a National Guard family, she’d sworn off military men when the last one proved less than supportive of her thyroid condition and subsequent weight gain. Too bad her body seems to forget that fact whenever she’s near the very hot, very military local sheriff. Texas Army National Guard First Sergeant Kade Dalton never planned on becoming Harland County Sheriff or the attraction to a curvy, military-hating designer from Pennsylvania. Heavy with guilt from the death of a soldier under his command during a recent deployment, and dealing with his co-owned horse ranch and a bungling young deputy, it's hard most days just to keep his sanity. But it’s the Yankee bombshell who threatens not only his sanity, but tempts his body...and his heart. Fighting their attraction becomes a losing battle, and Kade soon finds sanctuary in the arms of the beautiful designer. But their changing relationship only brings more pressure to his guilt-ridden life...does he really have the right to saddle Brandi with his stress issues? And if so, can he take a chance on the town’s newest resident not abandoning him like others in his past?