Growing Up Italian In God's Country by Patricia Costa Viglucci 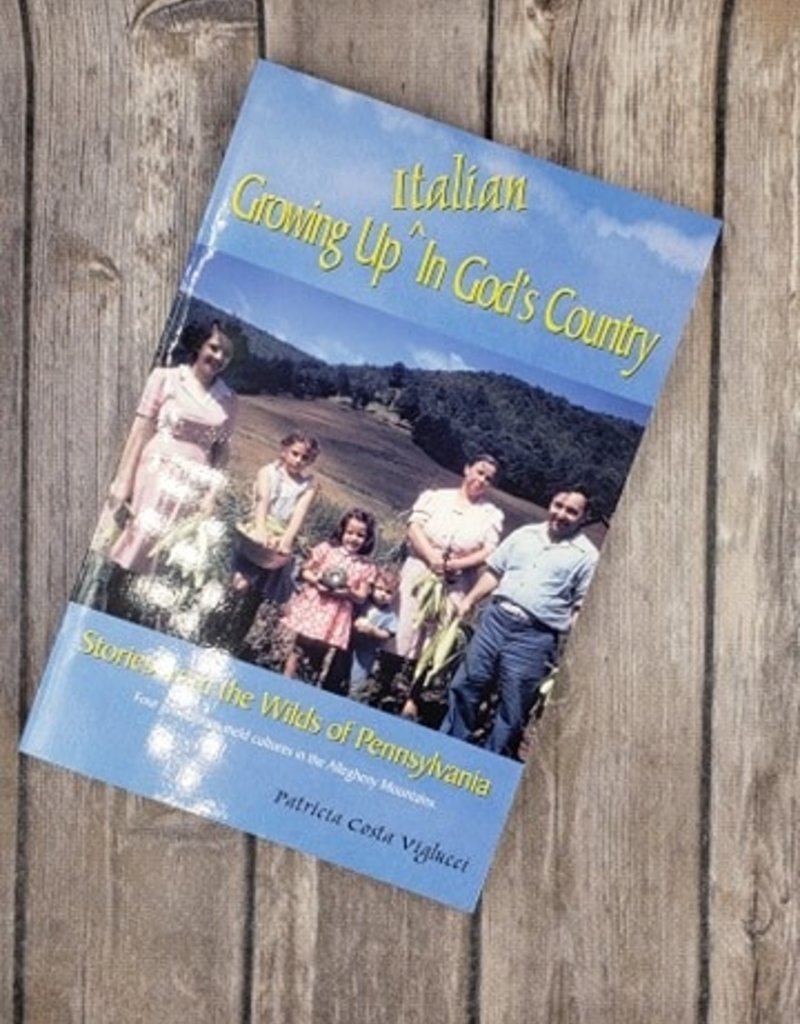 From tragedies to triumphs! "Growing Up Italian in God's Country: Stories From the Wilds of Pennsylvania," tells how four generations of Italian Americans melded cultures in the foothills of the Allegheny Mountains of north central Pennsylvania beginning in 1891. Graphics from the original paperback plus new images have been added to the revamped e-edition. Maps, photos of logging trains of the 1900s, railroad schedule and passes, the B&O switchback over the hogback, and other historical photos are included.
The story begins with the author's maternal great-grandfather Giuseppe Policastro emigrating from San Gregorio Magno high in the Appenines of the Salerno region to north central Pennsylvania and finding work on the legendary logging railroad, The Buffalo and Susquehanna Railway. Four years later in 1895 he has saved enough money to send for his wife Vittoria and his four young children. A year later Vittoria gives birth to Annie, the author’s grandmother, the first of her relatives to be born in America. Subsequently the Policastro family moves to Hammersley Junction above Wharton in Potter County, next to the B&S station and logging headquarters. Tragedy after tragedy besets the family, but in a nearby RR section house, a handsome young Roman begins a new life and meets Annie, now grown up. Eventually they marry and move to Conrad alongside the East Fork of the Sinnemahoning Creek. Two of their six children will die in infancy, but their oldest, Margaret, will be courted by Sam Costa, son of Calabrian immigrants who live in Austin, Pa where Tom Costa, once employed at the Costello tannery, now works at the Bayless paper mill. At age four, young Sam is saved by his mother Maria Concetta as raging waters from the Austin dam break of 1911 take the lives of 78 others in the town of 3000. Sam and Margaret marry and have five children. It is their oldest who will research and tell the stories of her great-grandparents, grandparents, parents and her own childhood.