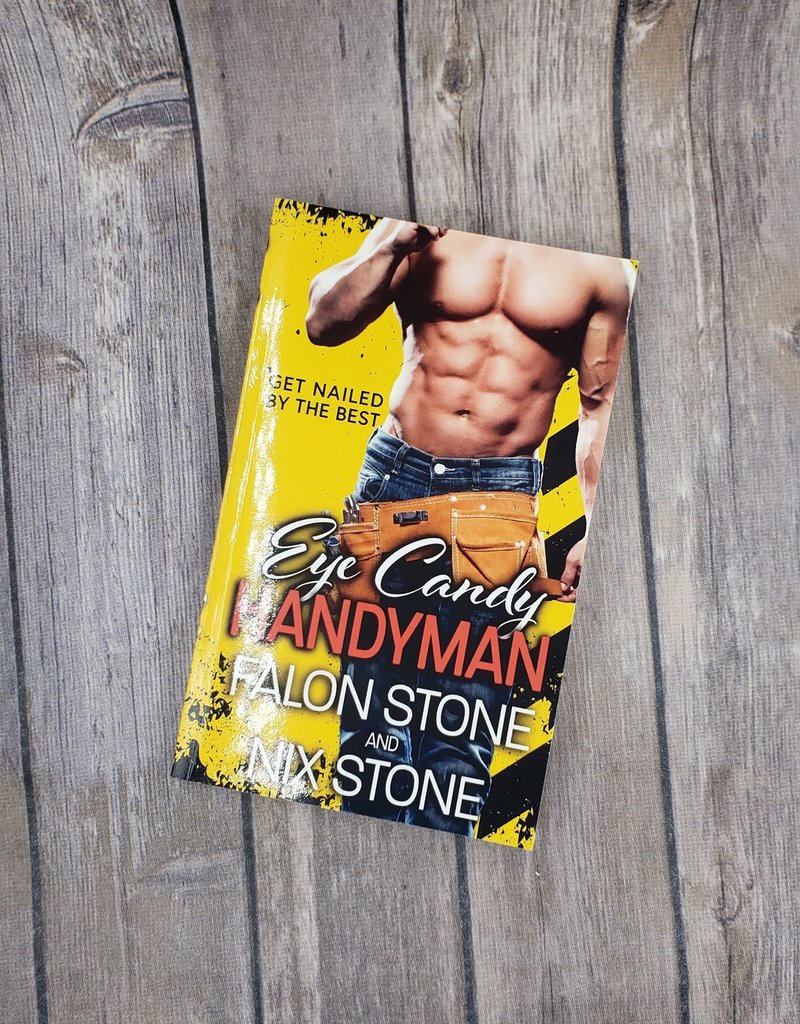 Hunter Ross, part owner of Eye Candy Handyman, is required to work without his shirt but keep his hands to himself. He thinks his next remodel is going to be like every other before, but Cybill, a newly single blonde bombshell and his newest client, has other plans.

Garrett is the biggest manwhore at Eye Candy Handymen. He swore he’d never fall in love, preferring variety over a mundane relationship. But everything changes when Barbie, the drop-dead gorgeous owner of a co-ed strip club, hires him for a “special” project.

Garrett never thought he could find someone with a bigger sexual appetite than him, but Barbie delivers more than he may be able to handle. Will Garrett be able to admit there’s only one woman for him and give up his manwhoring ways?

DON’T SLEEP WITH THE CLIENTS—it’s an unwritten rule and one Garrett is more than happy to break.

Cole Crocker never gets involved in other people’s business. But when there’s a woman in need of rescue, he can’t stop himself from stepping in. He never expects the rescue to turn into a new, hot houseguest, but when Bella has nowhere else to go, he opens his home as well as his bed.

What starts out as an act of kindness turns into a night of unbridled passion and a future neither of them ever expected.

DON’T GET INVOLVED—it’s a motto Cole has always lived by, but when Bella enters his life, everything he once believed flies right out the window.

Chaz Douglas does what most men do to get over a broken heart—he parties a little too hard with his friends. When he wakes up the next morning with no recollection of what happened the night before, he’s shocked by whom he finds next to him in bed. What starts out as fun turns into something more, and it ends in a surprise neither one of them ever imagined.

Clive is an ex-adult film star used to nailing anything other than wood. Newly out of the industry, he joins Eye Candy Handyman to offer his services and expertise with his “hammer.” Clive is learning the hard way that sex with the wrong people can have unintended consequences.

He’s thrown for a loop when he meets Tiffany, a local church worker, who’s saving herself for marriage. With extra time on his hands, he offers his services to Tiffany without expecting anything in return. But Tiffany soon has Clive begging for more than a job.

Can Clive slam on the brakes and learn to date, or will Tiffany’s virtue and unwillingness to drop her panties leave him in a precarious situation?