Dirt On the Diamond by Amelia J Matthews & Heather Young-Nichols 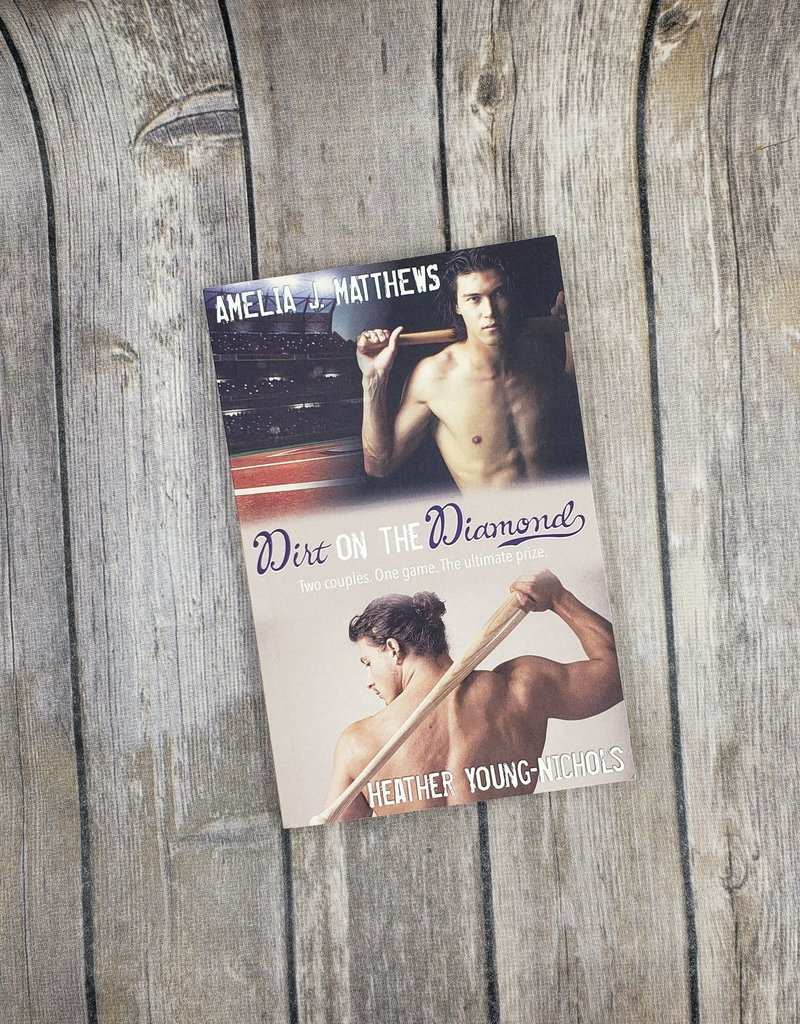 Two couples. One game. The ultimate prize. Stealing Home Jack Behr knew two things: baseball and bloodshed. A proud warrior of the Ojibway Tribe of Saginaw, he’d given up the first to fight for his country in World War II, only to find himself mired to his knees in the latter. Now home, Jack struggles to readjust in a place that valued his scouting and marksmanship skills on the battlefield, but has little use for him anywhere else in “civilized” society. Kitty Fitzgerald had finally realized a lifelong dream: to make a living playing a sport she loved. As the brave men of the country battled enemies overseas, Kitty battled foes on the diamond. She did her part to encourage morale during this trying time, and relished the experience, knowing it could end all too soon. Then Kitty met Jack. A shared love of the game brings them together, but will Jack’s battle scars and society’s prejudices pull them apart? Or can they surmount the obstacles and realize that their love for the game, and one another, is stronger than anyone trying to throw them out for Stealing Home? Head in the Game Zev Cohen dreamed of playing professional baseball since he was a little kid. After opting to finish college before going pro, he finds himself stuck in the minors. Right as the majors start paying attention to him, he loses his swing. His defense is better than ever and until that point, so was his offense. Wrigley Behr was raised on baseball. Her father played pro and is on the verge of entering the Baseball Hall of Fame. His father had already earned his spot there. And, what most people don’t know, is her grandmother played in the All-American Girls Baseball League. The sport is in her blood. As a girl, she’ll never play in the major league and instead focuses on her Master’s degree in psychology. With his lost swing, Zev’s coach suggests he talk to a psychologist, who happens to be Wrigley’s mentor. Wrigley is beautiful, knows baseball, but worst of all can see every one of Zev’s faults. He doesn’t have time for distraction, she doesn’t date ball players, yet their attraction is undeniable. Will Wrigley be the thing to draw Zev’s focus from his life’s dream or can she help him get his Head in the Game?