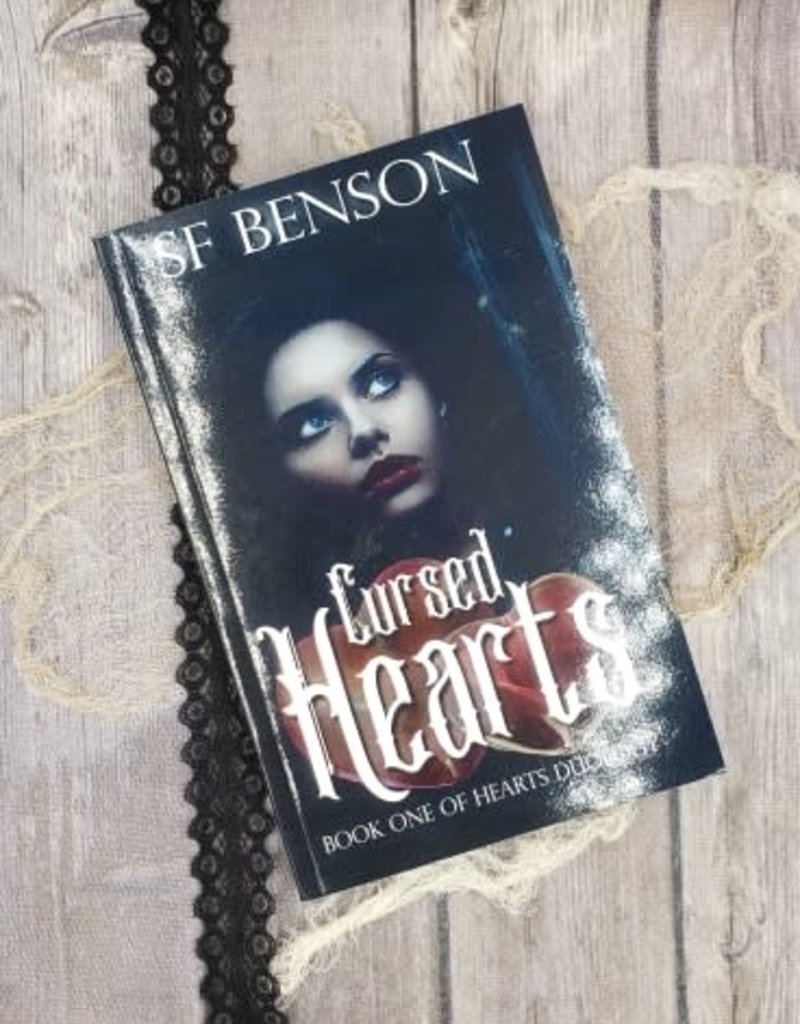 Cursed Hearts is a supernatural twist on the tale of Romeo and Juliet. Two young supernaturals—one a teenage succubus and the other a vampire—have a chance meeting igniting a flame. But there are rules in Falls Creek. No mixing of species. Kelsie Martin, a high school senior, is ready to accept her fate as the consort for the son of the town's head demon. But then she meets a dark, mysterious stranger. Victor Duquette, masquerading as a college freshman, doesn't like blind dates or frivolous conversation. There are other vampires who would die again to be on his arm, but Victor's not interested. Kelsie tries to focus on the consort match while Victor can't resist temptation. One nibble later, and he's in agony. There's a cure for the curse but it involves a great sacrifice on their part. But it won't matter if the supernatural council rules against their relationship.