Chasing the Stars, #1 by JD Rivera 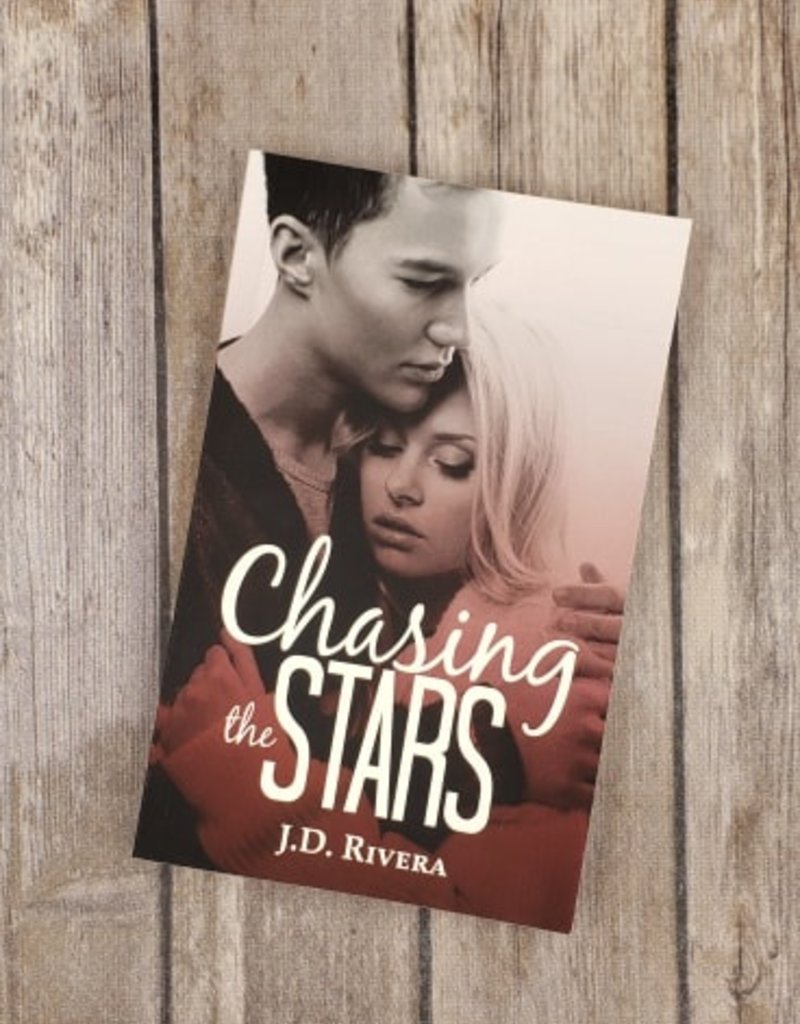 With each dawn rose a new day, but nothing changed. Not really. My life was the same revolving circle. We barely lived. We moved. We barely got by in a new place. Until we moved again.
New school. New trailer park. Different day. Another beating.
The first day of my senior year in high school, I was ready to give up. Ready to run far, far away and hope I would never be found. But I’m a smart girl. I knew it would never work. I had a plan. One I was so close to fulfilling. I could start over. Be a new person.
Live without the “poor girl” and “trailer trash” labels attached to my back.
I became guarded, living by my own rules.
Rule number one: don’t worry about learning their names, I wouldn’t be around long enough for them to learn mine.
But then, I met him. I tried to resist, tried to push away, make myself seem uninterested, but Hayes wouldn’t let me. He saw something in me and chased me until I finally gave in. We became friends — best friends. And then, we became more. My guard fell and I opened my heart, only for him to crush it in his bare hands.

Sex. Booze. Football. In that order.
I’d never been the kind of guy who “did” relationships. They seemed pointless. Girls threw themselves at me, practically purred for me to seduce them.
Why would I give that up?
Why would I want more?
But there was something about Mackenzie. Something different from all those other girls. She was someone I was willing to risk everything for. I didn’t care where she came from, or about her past. It didn’t matter that she lived on “the wrong side of town” and I was the rich kid “sitting on a gold mine”.
Even more, those other girls didn’t matter anymore. Because they weren’t my Mac.