Better Off by Yesenia Vargas

Home / Better Off by Yesenia Vargas 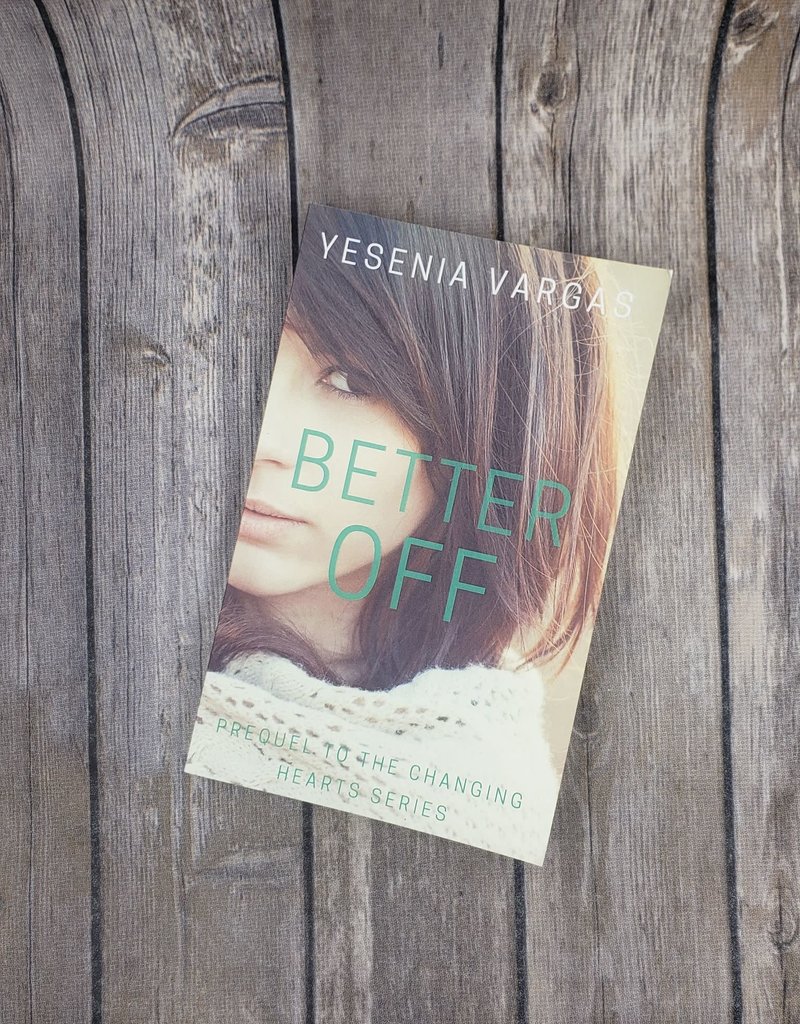 There’s a lot Ariana isn’t allowed to do… Ariana has never had a boyfriend. After meeting Carlos at a quinceanera party, she wants one. But her parents, who grew up with the traditional ways of Mexico, simply won’t allow it. And she just decided she doesn’t need permission anymore… Ariana is ready for the freedom that comes with having a driver’s license. But she must convince her brother, Jimmy, to not say anything when she starts seeing Carlos behind their parents’ back, and even then, having a boyfriend isn’t what she thought it would be. Because Carlos is still hurting from his past. Is she ready for the consequences of her decision? Ariana never would have guessed finally having a boyfriend would come at such a huge price. She doesn’t know how long she can keep up the lie to her parents. And she never realized how much her heart might have to pay if this relationship isn’t something Carlos is ready for. When Carlos starts showing her just how damaged he is, Ariana isn’t sure she’s ready for this either.