Before Time Runs Out by Amy Matayo - Exclusive Cover

Home / Before Time Runs Out by Amy Matayo - Exclusive Cover 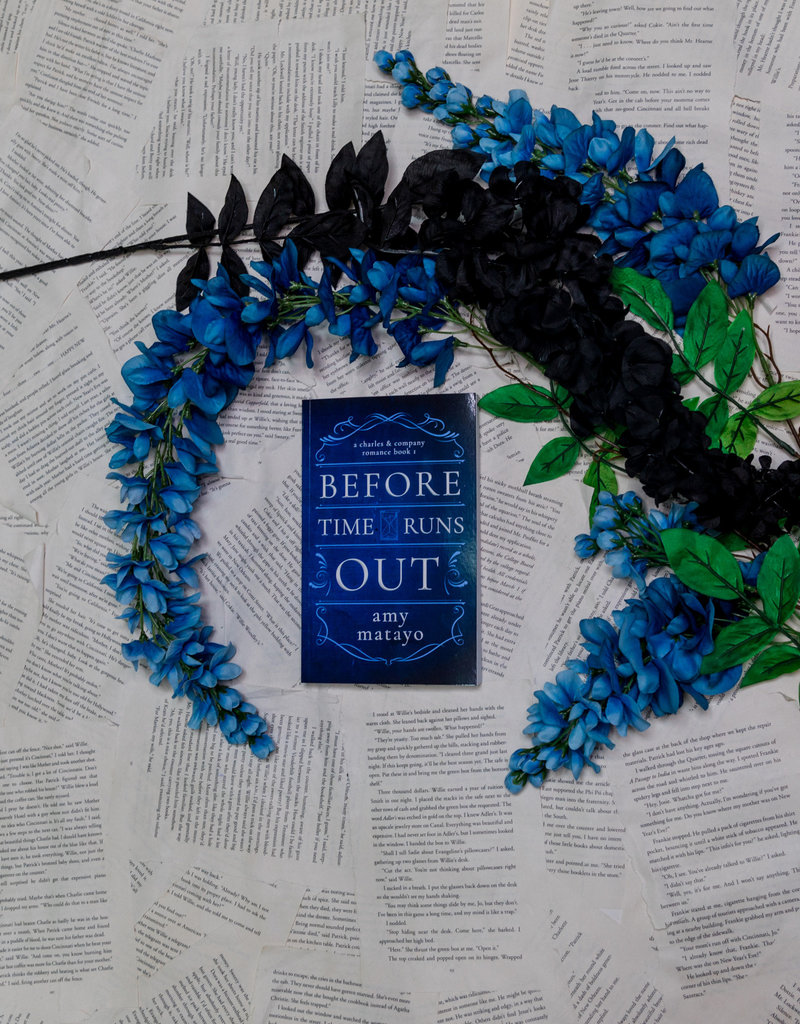 Graduate student Bree Sanders is failing the one class she needs to get her degree. So when her professor gives her an ultimatum—ace her thesis or risk having to repeat her final semester—she knows she has to pull out all the stops. After scrambling for an idea, she decides to create her own Ghost Club, a club that blames ghosts for unsolved crimes, the same type of club originally founded two centuries ago by Charles Dickens. What she doesn’t expect is to find an original copy of one of Dickens’ early works, or to be transplanted into Dickens’s actual ghost club meeting, circa 1870, the instant she picks it up.

When Bree shows up in nineteenth-century England wearing cut-offs and an old t-shirt, her only option is to hide. The London of 1870 won’t look kindly on a woman dressed like her. So, when Theodore Keyes finds her tucked behind a bookcase at the King's College library and immediately demands to know where she came from, she knows he doesn’t belong here either.

Turns out she’s right; the same book caused him to time-travel from 1947 almost three months ago and he’s been stuck in England since. Together, the two vow to work side-by-side in their search for the lost book that will take them home. But as their feelings for one another deepen, Theo and Bree are caught between a desire to return to the lives they each left behind, and the knowledge that if they find the book, they won’t be able to leave together. In the end, they each must decide which sacrifice is worth making—the one that will cost them their hearts, or the one that could cost them their very existence.