Because of You, #1 by Sam Mariano

Home / Because of You, #1 by Sam Mariano 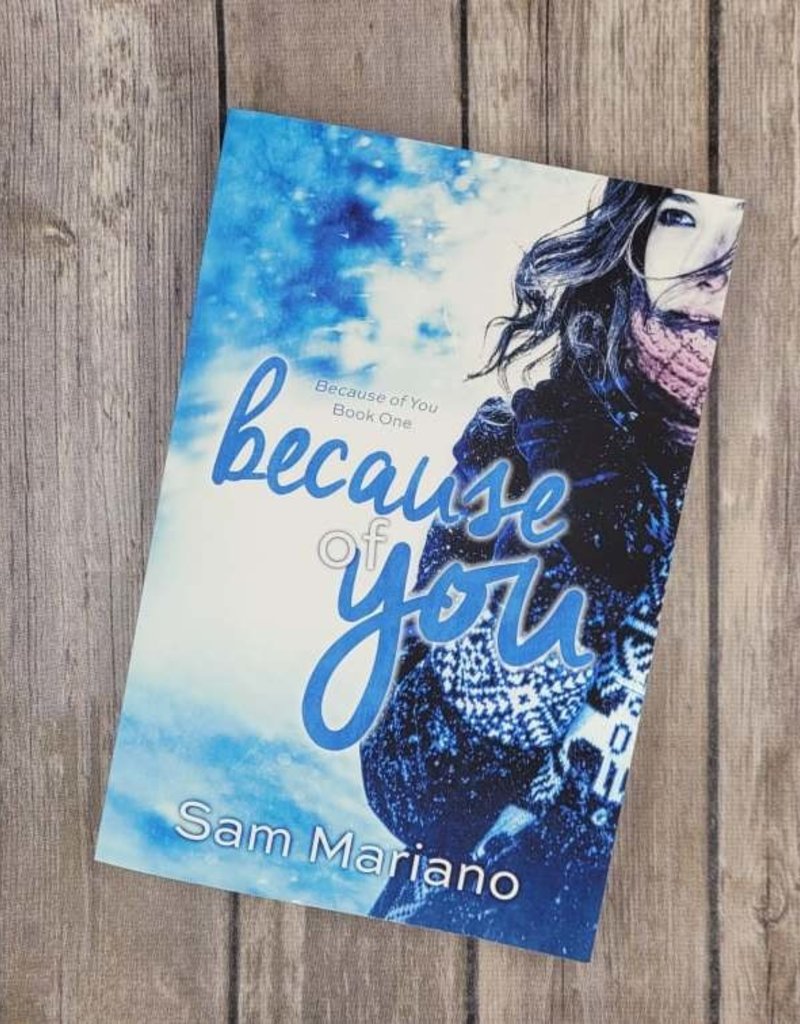 When the only thing that’s remembered about your mother is how she died in a murder-suicide killing the wife of her ex-boyfriend, you know life isn’t going to be a piece of cake for you. Add to that a never-present father with more affection for his beer bottle than his daughter, and a too-hot-for-his-own-good surviving son of the victim of said “accident,” and you have a problem—or at least, Nicole Harmon certainly does. When the surviving son, Derek Noble, sees an unsavory opportunity for revenge in the form of a heated one-night-stand, he decides to take it. It is intended to be an unkind but relatively uneventful interlude, but turns into the catalyst that unknowingly casts Derek and Nikki into the shadow of their parents’ sordid past. What begins as a hateful game of revenge soon evolves into something they never expected and a love neither of them ever wanted. With the fragments of their tumultuous family history hanging over their heads, the second generation of star-crossed lovers begin a love story all of their own...