Bassist With Benefits, #3 by Jenna Galicki 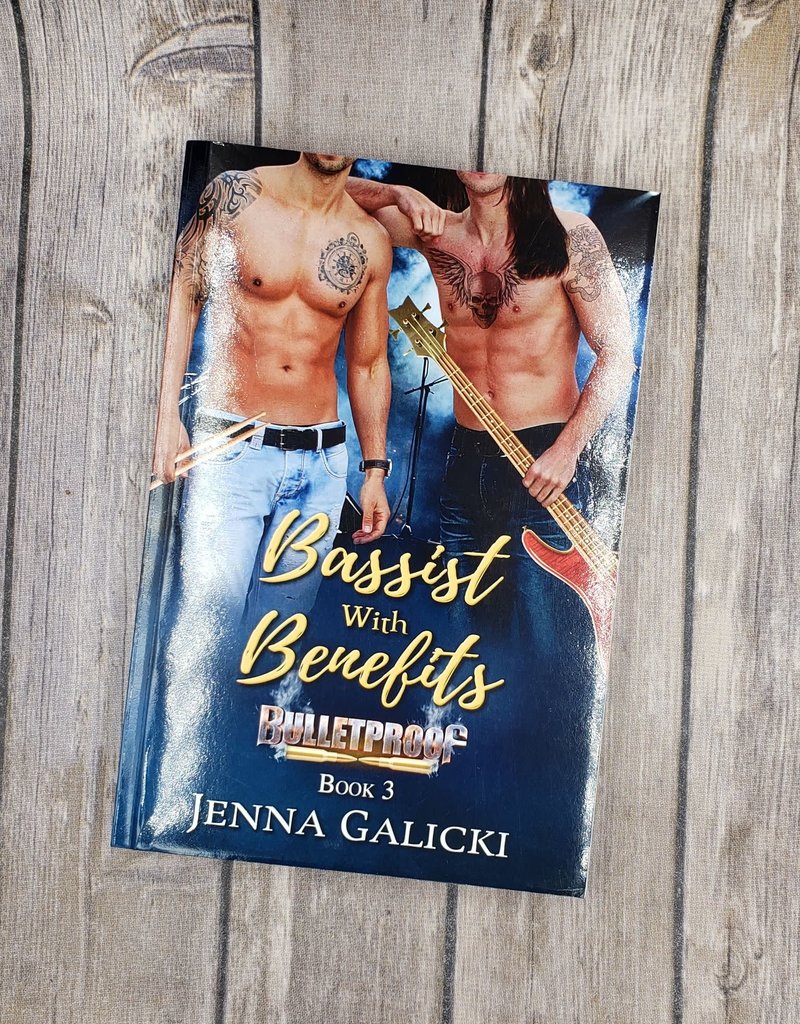 Bandmates and best friends since they were teens, Jeremy Kagan and Alan Delgado share everything – including men. Their brotherly bond was shattered during one incident of mistaken identity in a darkened bedroom when a line was crossed. With boundaries broken and the line of friendship blurred, they struggle to move forward.

For Jeremy, that night was a dream come true. He had been in love with Alan for a decade but had been too afraid to bare his heart and reveal his true feelings. Now that the opportunity has presented itself, he’s ready to seize the moment. This is his one chance to be with the only man he’s ever loved.

Unable to shed the memory of their rendezvous, Alan starts to look at Jeremy in a new light. Transitioning from bromance to romance isn't as easy as expected, especially since Alan isn’t ready to share their newfound bond with anyone else. Stress from keeping their relationship a secret turns explosive as these two battle their passion in private. Now they need to figure out if it’s worth risking everything, including their friendship, in order to pursue a future together as a couple.