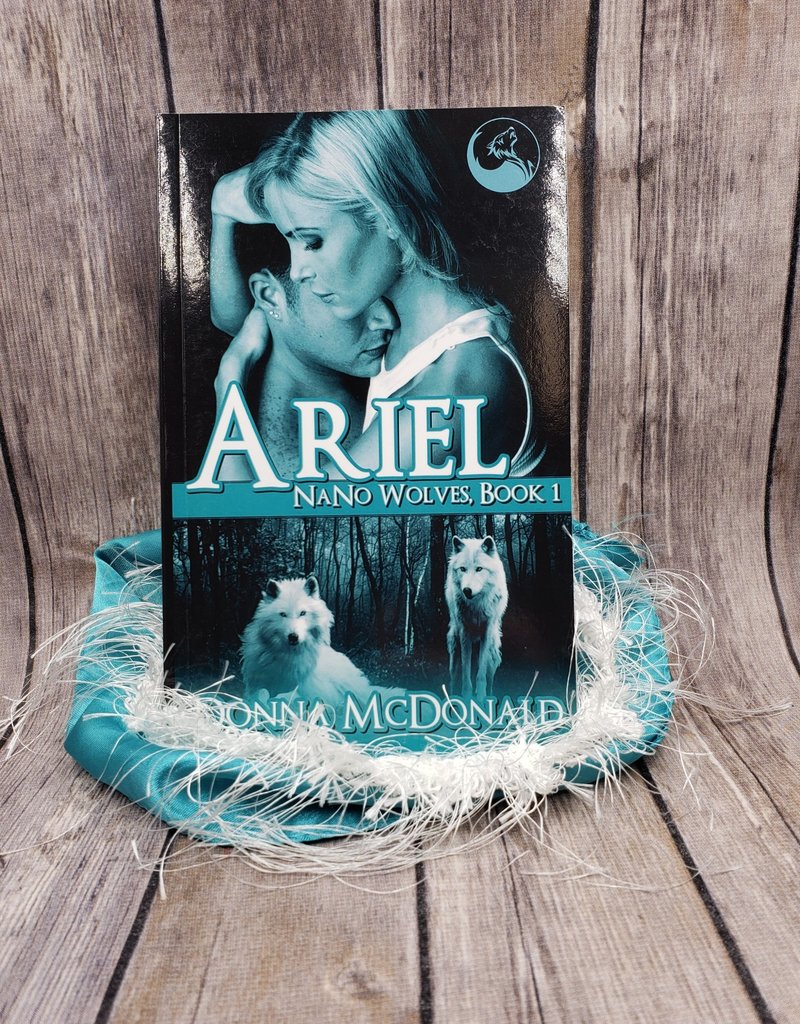 Being a living experiment wasn’t part of the scientific career she’d planned for herself. Despite her sharp scientific mind and her degree in bio-molecular genetics, Dr. Ariel Jones hasn’t figured out how her life changed so much in a single day. Before she can blink and ask about what is going on, she’s being shot with a billion nanos and some very potent wolf blood. Now she can suddenly turn into a giant white wolf with the bloodlust of a starving animal. And she’s an alpha wolf…or so she is told by the even larger, very male, black wolf who was used to create her. Hallucination? She wishes. Whether human or wolf, Reed talks in her head and tells her how to handle things…or rather how to kill them…starting with the men who hold them all captive. Too bad he can’t tell her how to put her life back like it was. Admittedly, there are perks to being a werewolf, such as meeting sexy werewolf guys like Matthew Gray Wolf. It’s not like the science labs were overrun with sexy men in white coats. She also doesn’t mind learning about a side of herself she never knew existed. It's great changing into a real wolf whenever she wants, but being a living experiment wasn’t part of the scientific career she’d planned for herself. Neither was falling for the local werewolf alpha, but what else is a newbie werewolf caught in her burning time going to do? ABOUT THE NANO WOLVES SERIES... ABOUT THE NANO WOLVES SERIES... This book is mostly paranormal romance, but can double as science fiction romance. Fans of shifter romance will enjoy this new take on werewolves who are created through genetic engineering. It also has enough romantic comedy to keep those fans happy too.