Age of the Fallen: Forbidden, #1 by Amy Miles - Exclusive Cover 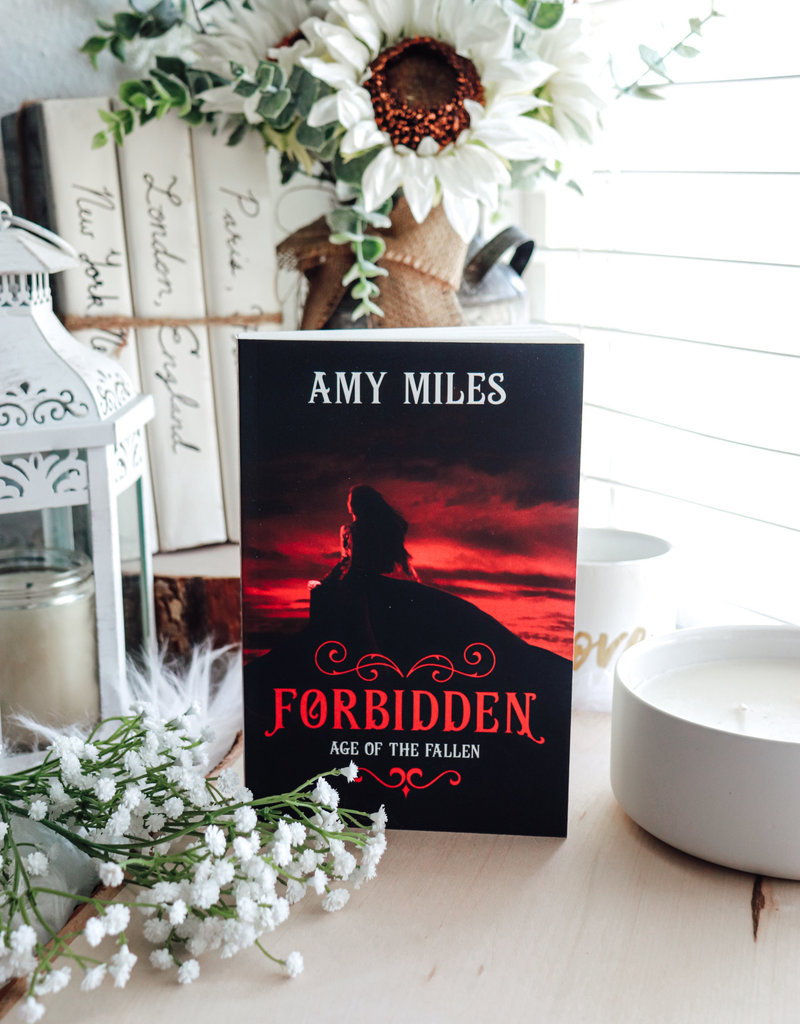 Roseline Enescue didn't ask to become an immortal, to have all of the guests at her wedding slaughtered, or be forced into marriage with a man whose lust for blood would one day ignite the vampire legend. Willing to risk everything for a chance at a normal life, Roseline escapes to America, but her transition into the human world isn't easy. Mortal men flock after her while cutthroat girls plot her demise. Roseline soon discovers that cliche is sometimes based on reality, in a painful way! Yet she remains relatively unfazed by it all until she meets Gabriel Marston. As their lives entwine, Roseline realizes that he is more than he seems. His ability to grind concrete into dust pales in comparison to the glowing cross tattoo that mysteriously appears on his forearms. Despite the forbidden bond between them, Roseline can't help wondering what Gabriel is. He's not human. He's not immortal. So just what is he?