Ace of Spades, #1 by Michelle Iannarelli 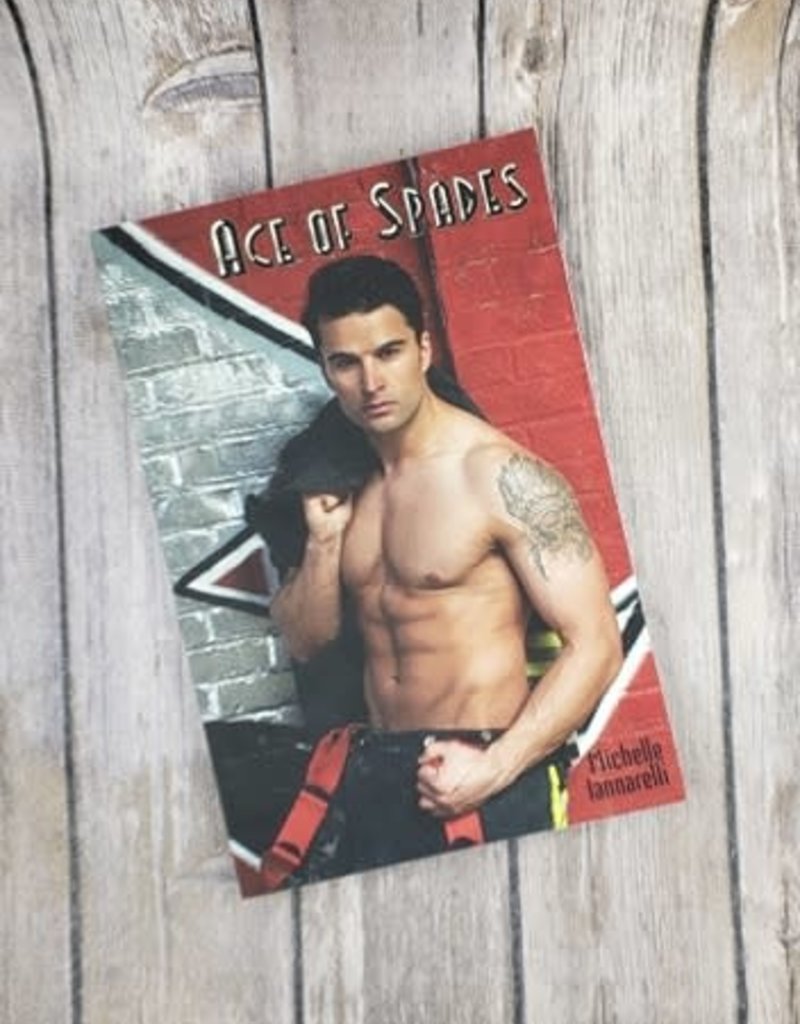 After barely surviving high school…and his father, Ace Dean eagerly accepted an athletic scholarship and planned to party for four years. Instead, he met three guys who would become his brothers. Then one night a game of cards changed all their lives. Fast forward fifteen years… Ace met Lucy while he was performing at the Underground and since that night his life hasn’t been the same. Lucy Jenkins thought she was happy and in love…until she attended her cousin’s bachelorette party and became up close and personal with the “entertainment.” Ace and Lucy come from such different backgrounds and yet their lives have become so intertwined. They’ve tried to avoid one another but it seems fate keeps pulling them back together. Can Lucy accept Ace’s performances at the Underground and if she can’t, is he willing to give it up for her? How will Lucy’s father react when he finds out the young man he took under his wing, who has since become his best Lieutenant and decorated firefighter, is a stripper? Will Ace and Lucy’s love story have a happy ending or will it just be an Underground Affair?